The famous brand which the British royal and a celebrity, the celebrity use habitually

Monica Vinada worn by celebrities such as Emma Watson, Olivia Palermo, and Princess of Wales Catherine. Born to parents who ran an antiques business, Monica grew up surrounded by art from an early age.

When it debuted in 2008, it won Brand of the Year at the British jewellery Awards. It is sold at major department stores such as Harrods, Selfridges, Liberty and Net-a-porter.

Sustainable daily jewelry that considers social issues and the environment

All jewelry is now made from 100% recycled silver and gold vermeil, which has a 2/3 lower CO2 footprint compared to mined silver.

All stones are hand cut and currently produced in India. The diamonds we use in our jewelry are sourced through Kimberley Process and World Diamond Council assurance systems and UN-compliant suppliers to prevent the distribution of conflict diamonds.

Monica herself is a member of the Responsible Jewelry Council and the brand has been awarded the Butterfly Mark by Positive Luxury for its commitment to sustainability.

MISSOMA can be said to have pioneered the market for demi-fine jewelry. It’s been the last few years that it’s been getting a lot of attention, but we’ve continued to make high-quality gold-plated gold vermeil jewelry, which was not well known when the brand was launched.

It is supported by many celebrities and influencers, including Princess of Wales Catherine and Duchess of Sussex Meghan.

Unfortunately, it is not currently available in Japan, but the official online store does ship to Japan, and in Asia, there are shops in Hong Kong and China.

Many of our products are made of vermeil, but some are also gold-plated, so please check the product page carefully when purchasing.

An up-and-coming brand that is gaining popularity all over Europe and is owned by a Korean woman based in the UK.

A brand created by a Korean designer established in Notting Hill, London. With its high trend design and affordable price, it is currently popular not only in the UK but also in Europe.

The brand name is Alighieri, the family name of the famous Italian poet Dante. A lover of literature, Rosh Mahtani was born in England and raised in Zambia. I studied Italian Literature at Oxford University, and was strongly fascinated by Dante’s Divine Comedy. Each piece corresponds to one of the poems.

A new brand that won the Queen Elizabeth II Award

Although she has no formal jewelry making training, her passionate creations have captivated millions since she was founded in 2014. In addition to receiving numerous interviews from Forbes magazine and fashion magazines, with the start of measures against corona, a part of the sales is donated to food aid associations and domestic DV victim relief organizations, and its achievements are also evaluated. Winner of the Queen Elizabeth Award in February 2020.

Astley Clark opened as an online luxury jewelry boutique in 2006. Today, many people love his original jewelry that makes the most of his aesthetic sense.

In addition to vermeil, there are many yellow, white, and rose gold products, although they are in the high price range.

Currently, in addition to the UK, it is handled by department stores in the United States, Australia, and the Netherlands, but all overseas shipping is free at the official online store. I’m also happy that international shipping to Japan is free!

A daily jewelry brand owned by a female owner from Singapore

Edge of Ember is a brand created by British Singaporean Lynette Ong. Originally she was active in the financial industry in New York and Hong Kong, but moved to London after marriage. It was a small business that started while raising children, but now it has grown into a popular jewelry brand that is loved by British royals.

We are making ethical and sustainable jewellry based on the desire to convey the wonderful craftsmanship of “Made in Asia”, which has been associated with the image of being cheap and of poor quality, and to improve the working environment of craftsmen.

Photogenic jewellry of sisters with roots in Italy

A brand founded by two jewelry designer sisters with backgrounds in Italy and England. It started as a small business while raising children in Birmingham, England, which is famous for its jewelry quarter.

Jewelry designed in England is produced in Italy and Turkey, and there are many impressive items such as colorful ones, large-sized ones, and iconic motifs that will become the leading role of styling.

As the name suggests, it became famous as a personalized jewelry brand for moms, when Princess Catherine of the British Royal Family gave birth to Prince George, this necklace was sent by her sister Pippa. All engravings are hand-engraved by skilled craftsmen.

As a gift for new mothers, as a gift for Mother’s Day, birthdays, and other occasions with gratitude, the only jewelry in the world that shapes family ties is available in England and France.・It is popular in various parts of Europe such as Spain, Italy, and Denmark.

A jewelry brand founded by Alex Monroe, who grew up in the English countryside of Suffolk. His collection, which grew up running around rivers and forests, is characterized by natural motifs such as flowers and birds. In addition, his nature-loving brand products are made using recycled materials wherever possible.

There are two directly managed boutiques, Covent Garden and London Bridge. In Japan, it is available at Ashpe France stores. 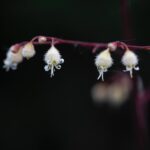 10 Best Varieties of Heuchera in Japan 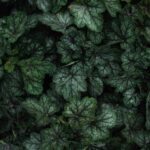 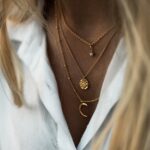